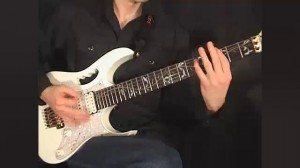 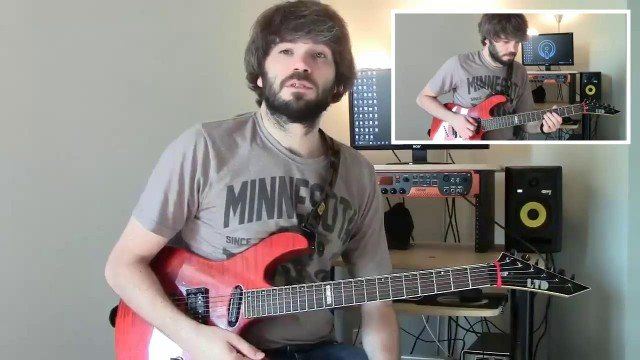 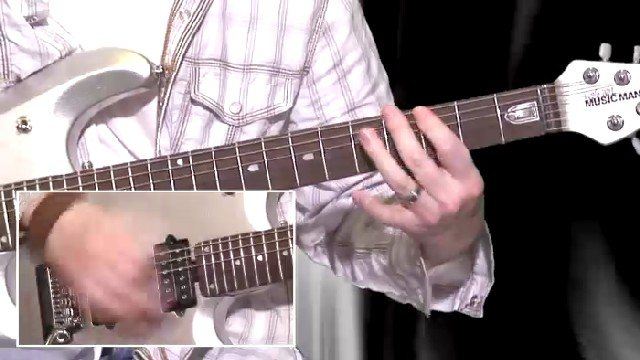 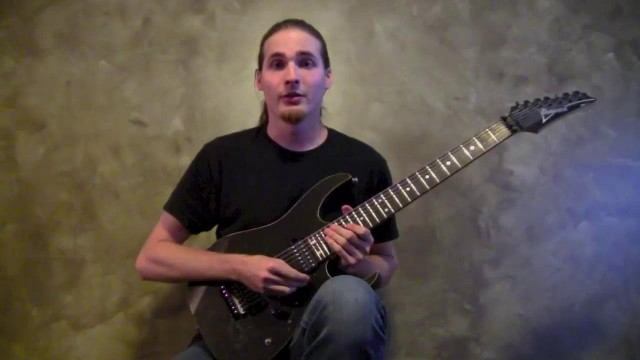 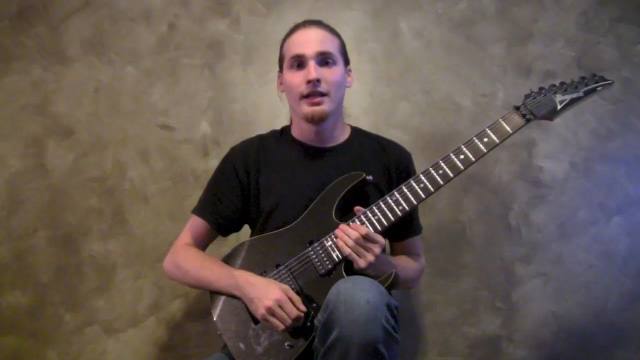 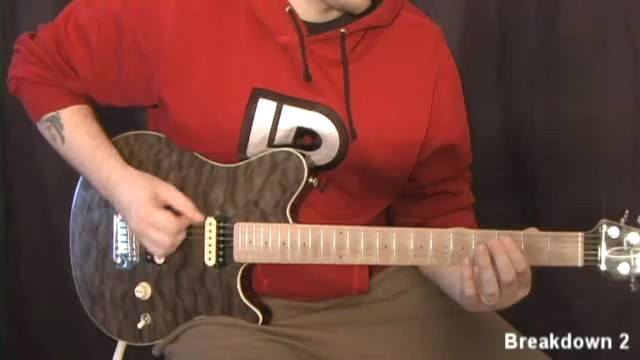 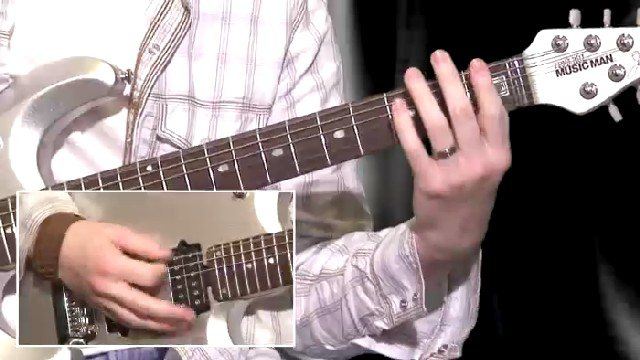 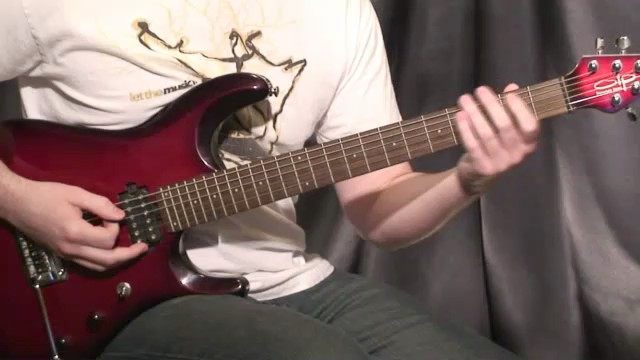 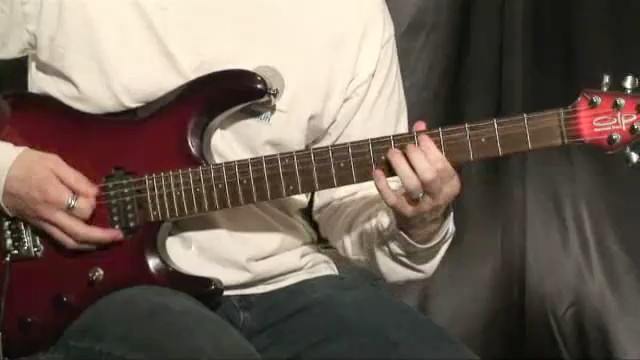 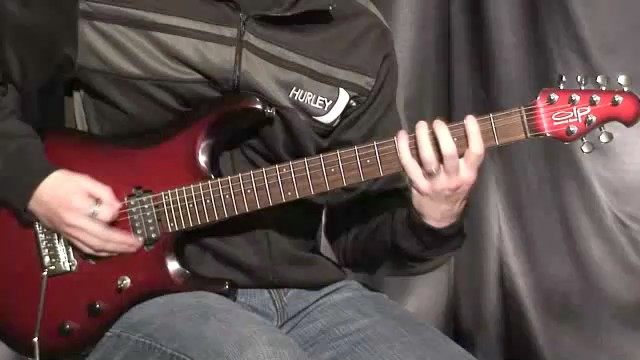 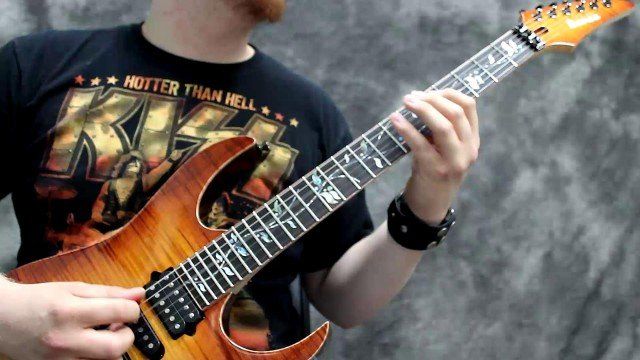 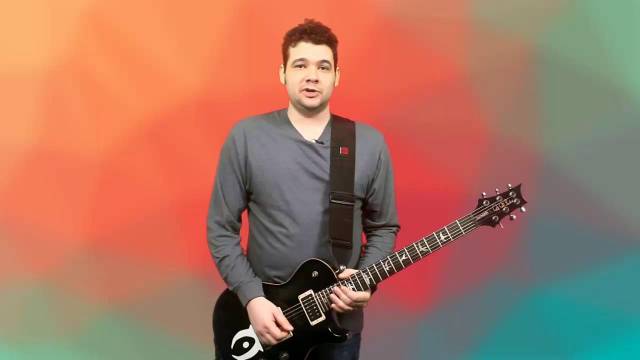 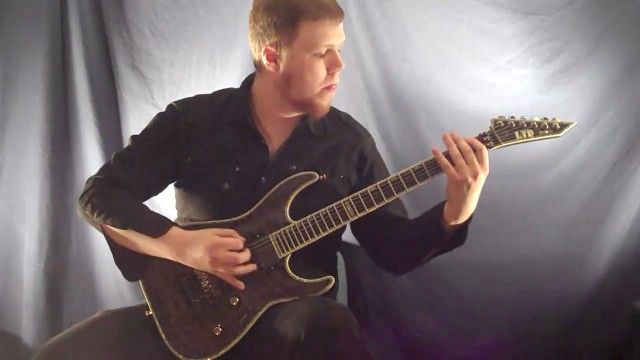 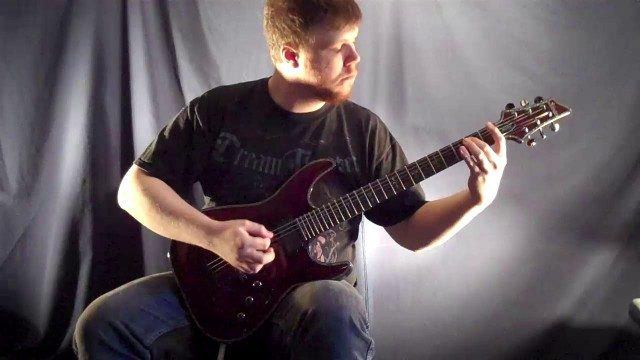 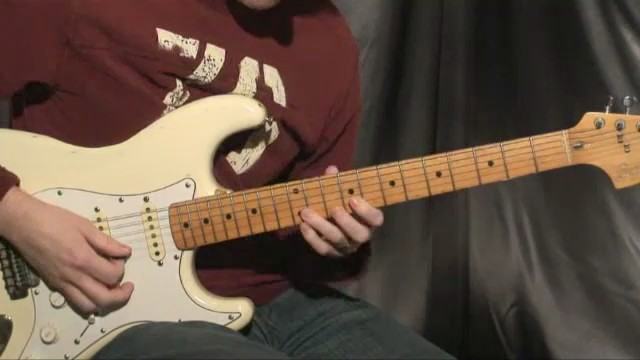 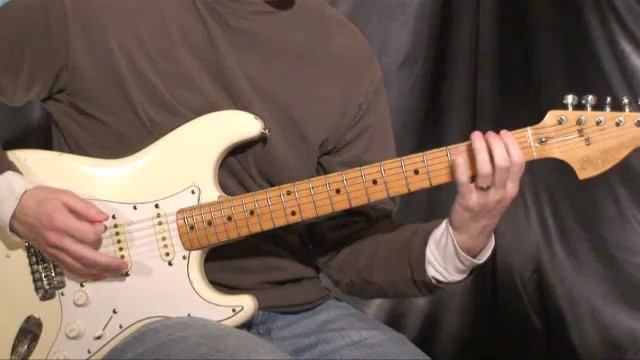 Alright! Time for some metal riffing! What we'll do in this lesson is - we'll take a simple key of E but will turn it into a Locrian mode and apply such techniques as standard down stroke picking, a bit of slides, artificial harmonics and some heavy palm muting.

Important thing to keep in mind is your tension - you should always be relaxed as much as possible. If you feel you're starting to tense your hands - stop playing! It's not only counter productive but also dangerous.

The beat itself is simple but if you look at the notes you'll see that we're not exactly following the beat especially at the end of the bar. All together, however, it sounds pretty interesting. First part goes from E-minor, and in the second part we mix C-Major and Cadd9 - add9 is really popular chord in progressive metal, and than move to D-Major and Dadd9. We build it by playing root+5th+9th - a simple power chord shape.

A little secret of mine is that I never think in theory before or while composing. I wrote this riff by ear and than took some time to analyze the chords and corresponding scales. It was simple because we only used power chords. So after some analyzing it turned out that I used chords which corresponded to the notes of "E Locrian Mode" -> E, F, G, A, B♭, C, D. If you ask yourself which scales you can use to write solo over that progression - you can choose from a lot of those: natural minor, harmonic minor and phrygian dominant over the first part - and when we move to C and D you can even use major scales. This may look like a lot of info but it's in fact so simple - just try to play around with it and you'll hear it for yourself. Reading can sometimes make things look really complicated but when you pick up the guitar you'll hear it and apply in practice. That's the way to learn - apply it to your playing!

Ok - if you're done with learning this - go to our next lesson and have fun with backing track!