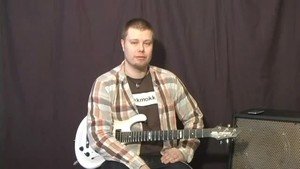 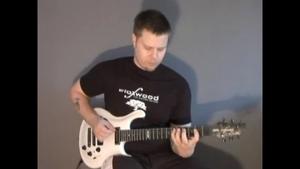 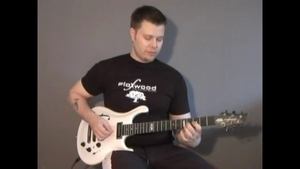 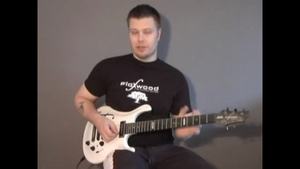 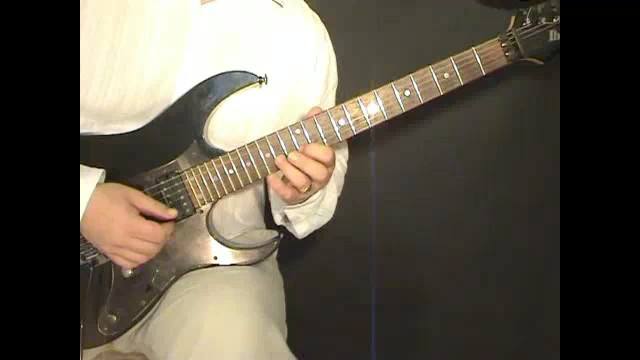 'In the style of' Guthrie Govan - Section 4 Rick Graham 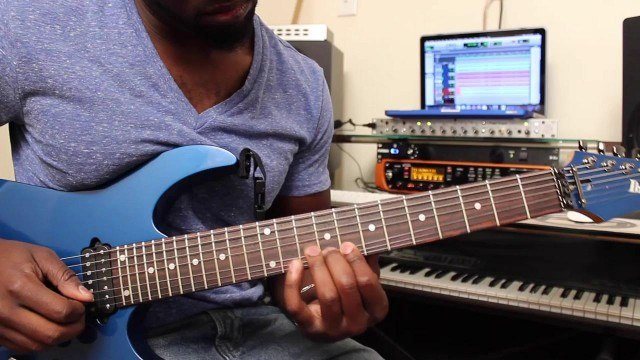 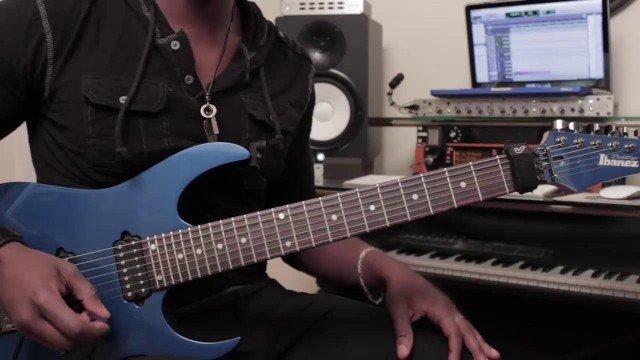 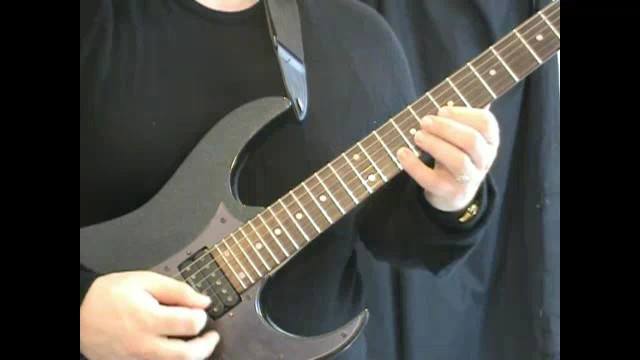 'In the style of' Guthrie Govan - Lick 1 Rick Graham 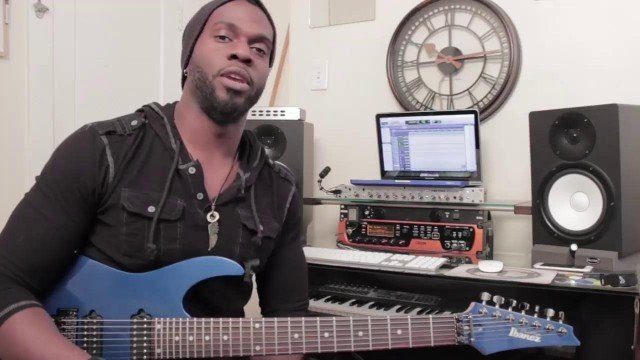 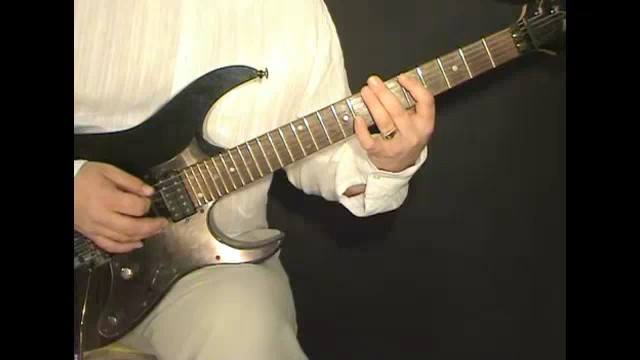 'In the style of' Guthrie Govan - Section 5 Rick Graham 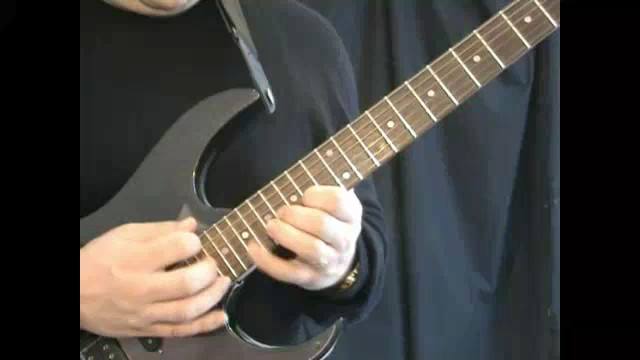 'In the style of' Guthrie Govan - Lick 2 Rick Graham 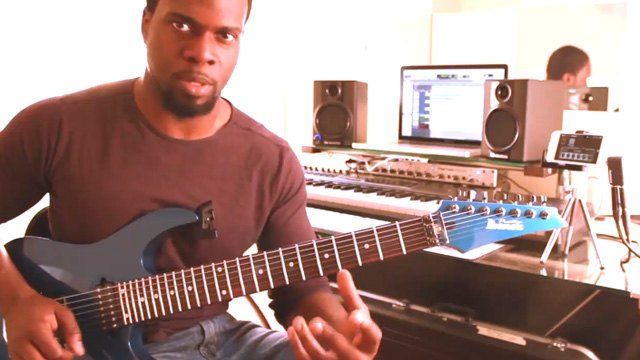 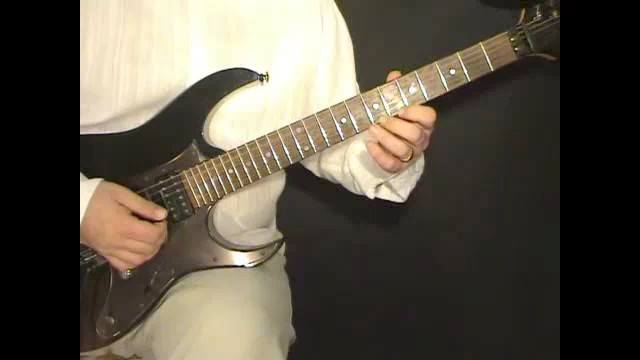 'In the style of' Guthrie Govan - Section 3 Rick Graham 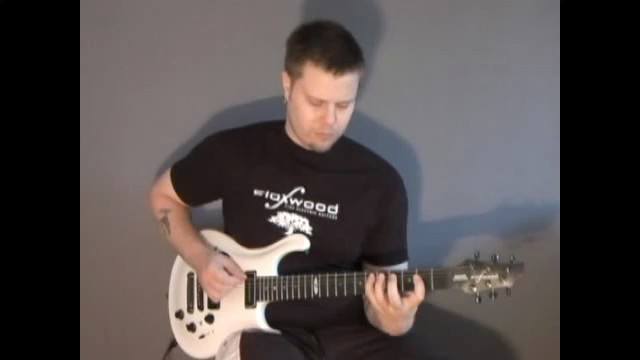 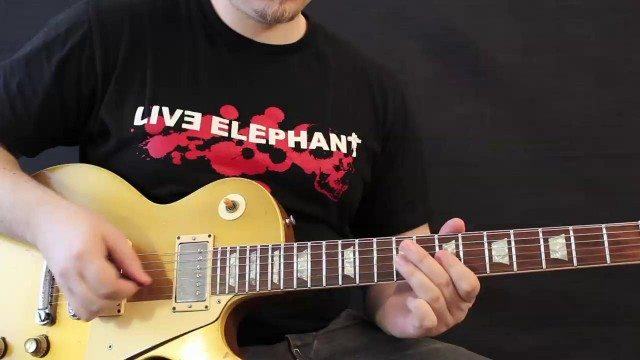 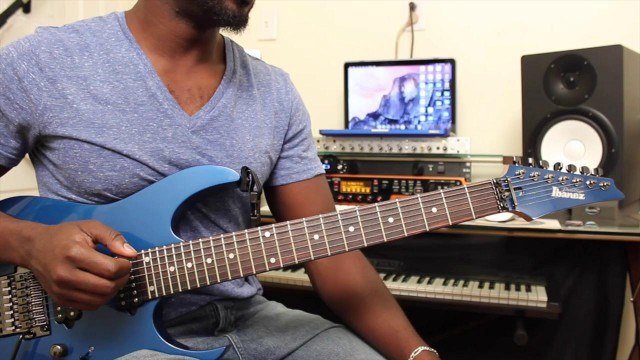 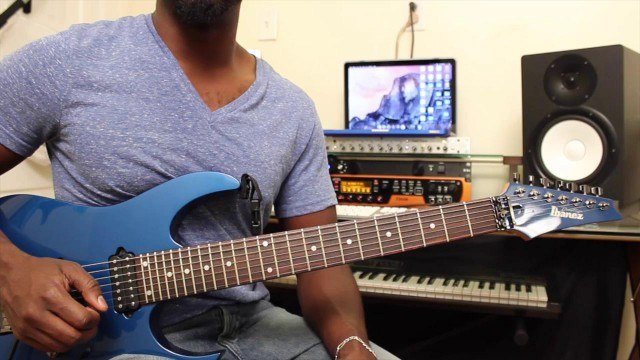 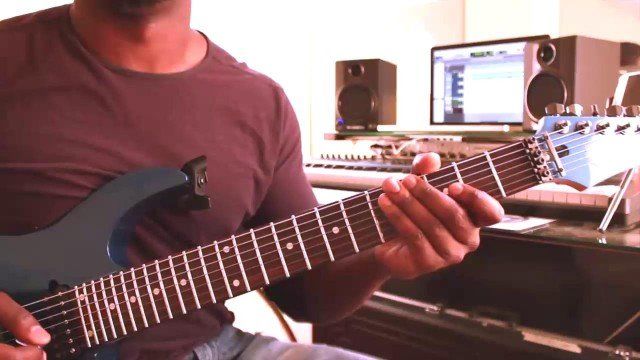 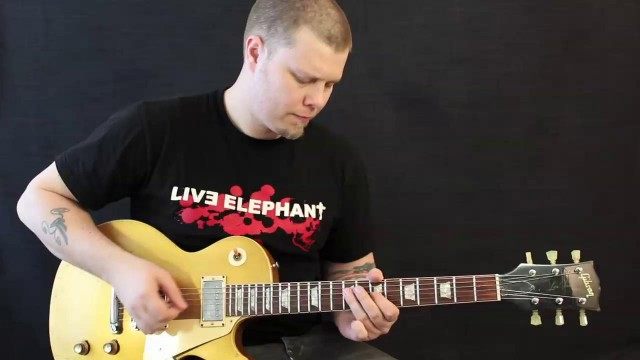 Alright then, 3rd part of the analysis!

This part begins with the bend I held in the previous bar, I release this bend landing back on the D# on the first beat of the bar. This bar is over the major part of the riff, and what I’m doing here is I’m going down the Mixolydian scale using a legato run. I’m not using my right hand at all during this run, other than for muting unwanted strings. It’s all hammer-ons from nowhere with my left hand. This type of legato creates a very smooth sounding run, since no note is picked, and thus equal with all the others in sound and attack. To obtain a smooth attack such as this using a pick, you need to use compressors and a very relaxed picking technique. Personally I use heavy gauge strings (0.11-0.50) and really dig in to the string when I play, so that approach is not for me. However, to watch a master of legato at work, check out Alan Holdsworth on his 0.08 strings and genial legato/picking approach.

In bars 15 and 16, I’m using a similar pentatonic idea to the one in bar 5, however starting on the beat instead of the upbeat as in beat 5. Small things like these can completely change the sound of a line. In bar 16, I’m deviating from the whole major/minor approach, by playing the A (minor 3rd) repeatedly over the major chord, and only on the last note hitting that major third. However, this works due to 2 things. First, I’m muting those notes, creating a percussive effect that does not clash too much harmonically. Also, when playing rock and blues, using pentatonic, we almost always play the minor pentatonic over a blues progression, which is almost always based on major dominant chords.

Harmonically wrong yes, but we have learned to hear and accept that as a style attribute. In essence, what sounds right to you, is in most cases right, and can even be used to create some unexpected harmonic textures. In jazz and fusion, you would use much more “out” note choices than this many times.

And finally, in bars 17-20 I finish up with a long pentatonic tapping run. As with the rest of the solo, I target the major and minor third in each bar, but not necessarily on the first beat. Apart from the actual note targeting in each bar, I also utilize note value alteration, similar to the tapping examples in my Timing and Note Value Alteration tutorial. So if you encounter problems nailing this final line, first check out that part of my timing tutorial.

Alright! That’s it; you’ve made it through yet another of my tutorials, good work! See you in my next one. Until then, as always, keep your groove on!