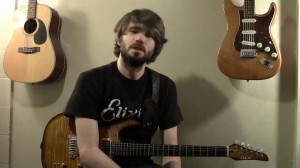 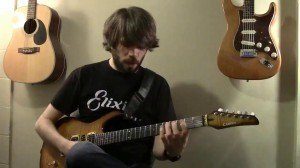 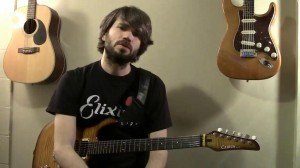 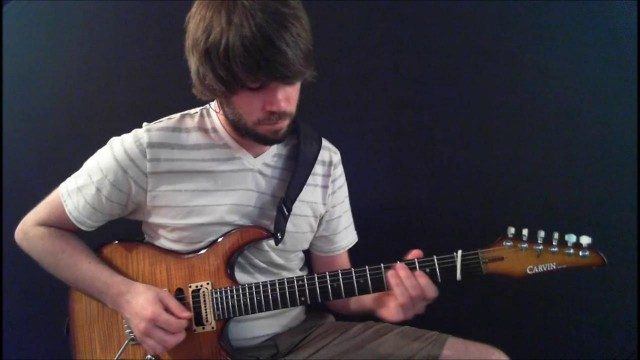 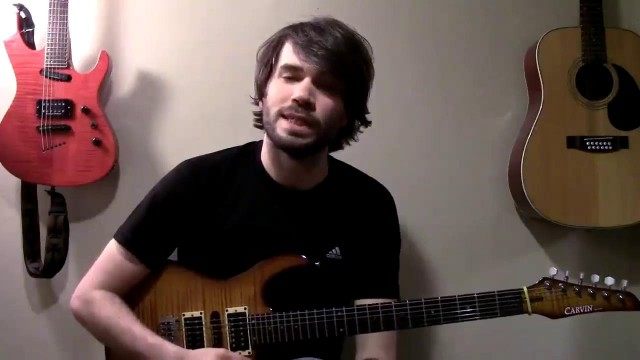 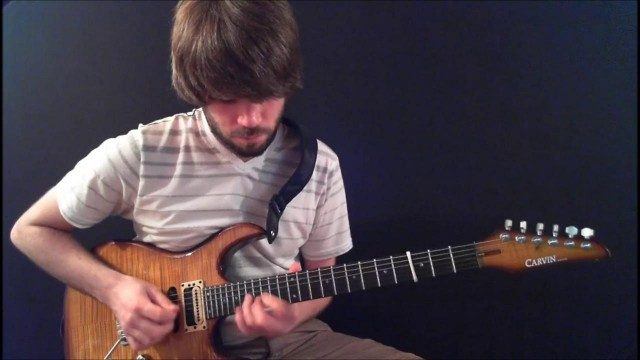 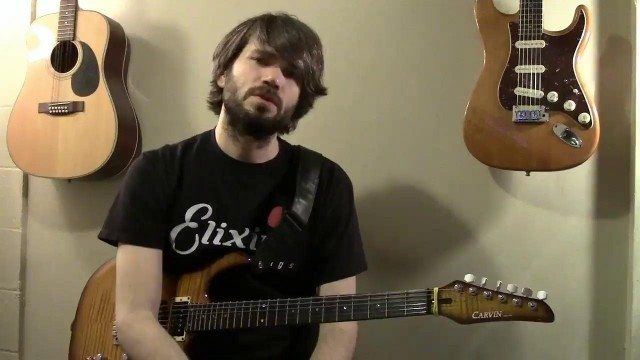 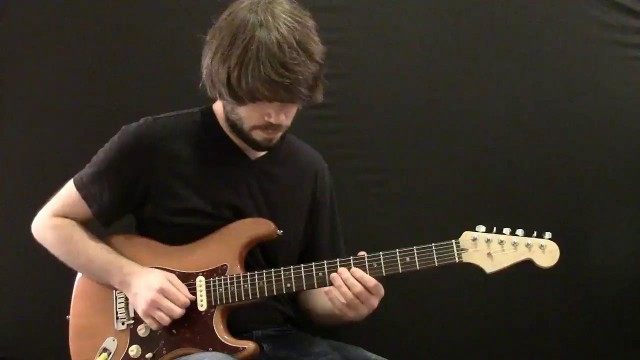 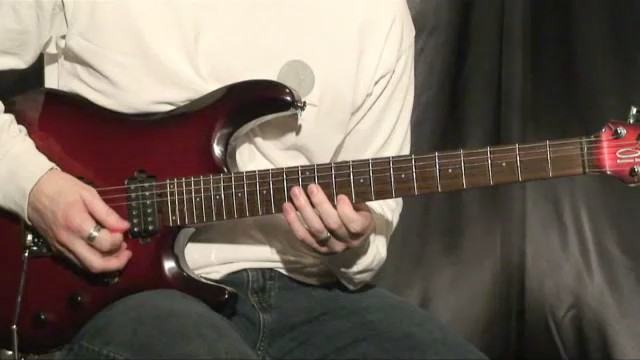 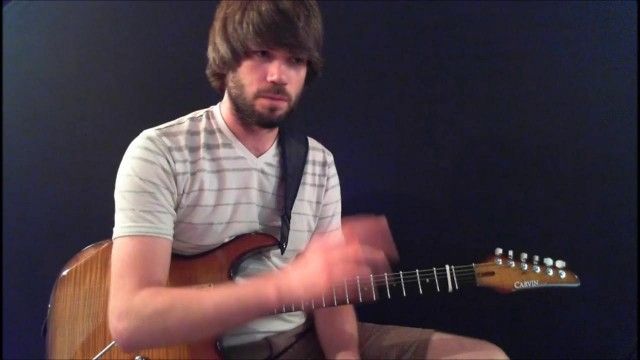 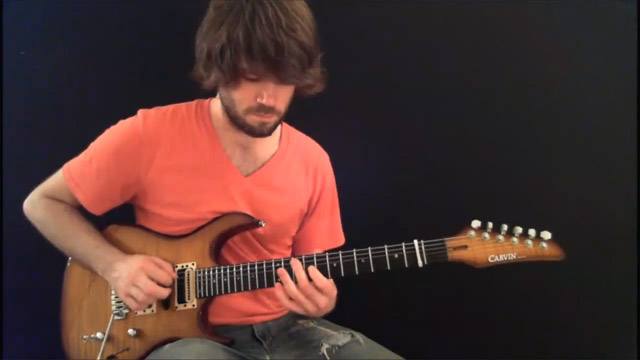 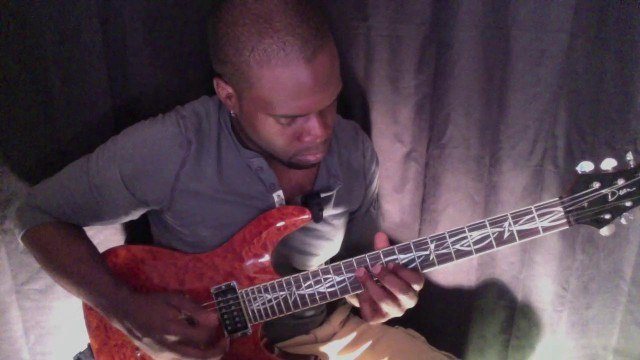 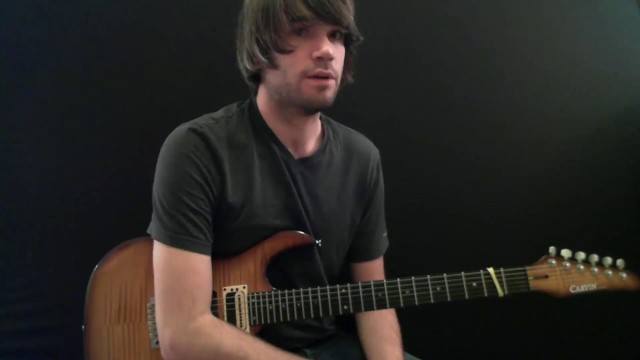 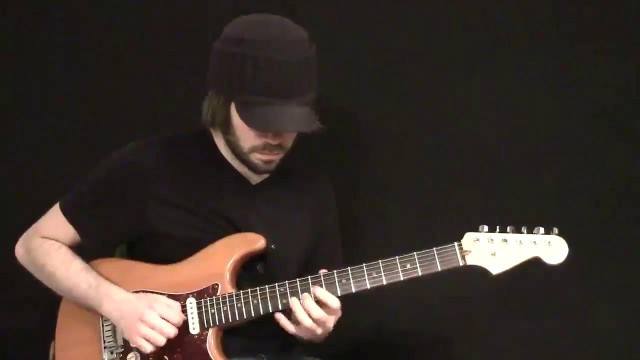 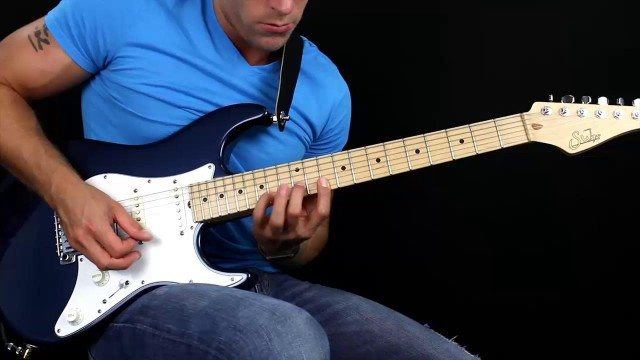 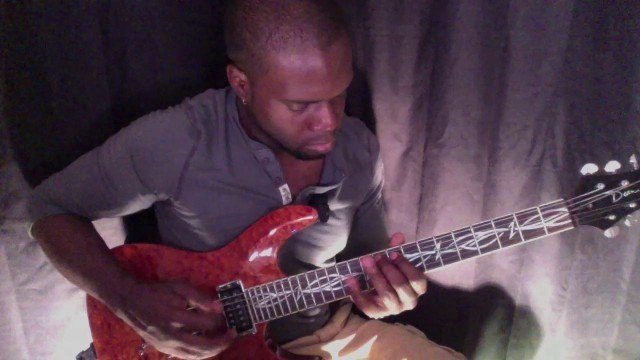 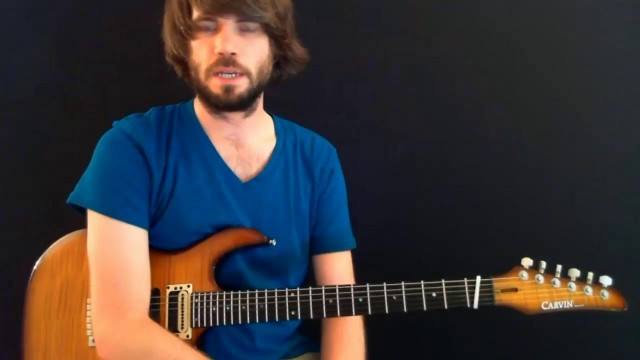 Licks in the Style of Greg Howe: Lick 3 Mike Salow 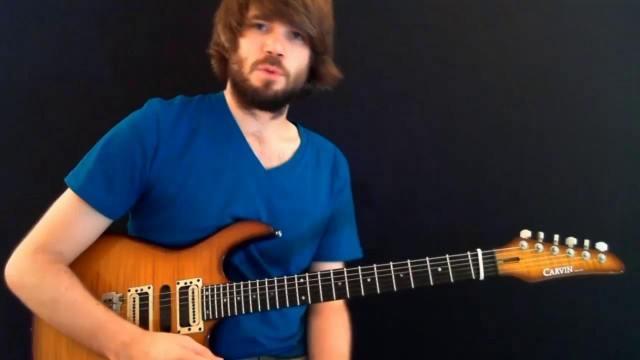 In this tutorial I'll be showing you how to approach a Frank Gambale style sweep using 4th voicings (please reference my tutorial on 4th voicings).

We'll be playing in the key of g major while focusing more on the relative A Dorian tonality.

The rhythm and technique behind this sweep is pretty straight forward. It's a burst of four 16th triplets and is played using an up-up-up-down pick stroke pattern.

Note that although there are 7 patterns being played there are only three different shapes being used.

One of the shapes is used for 5 of the positions while the other 2 patterns are both slightly different.