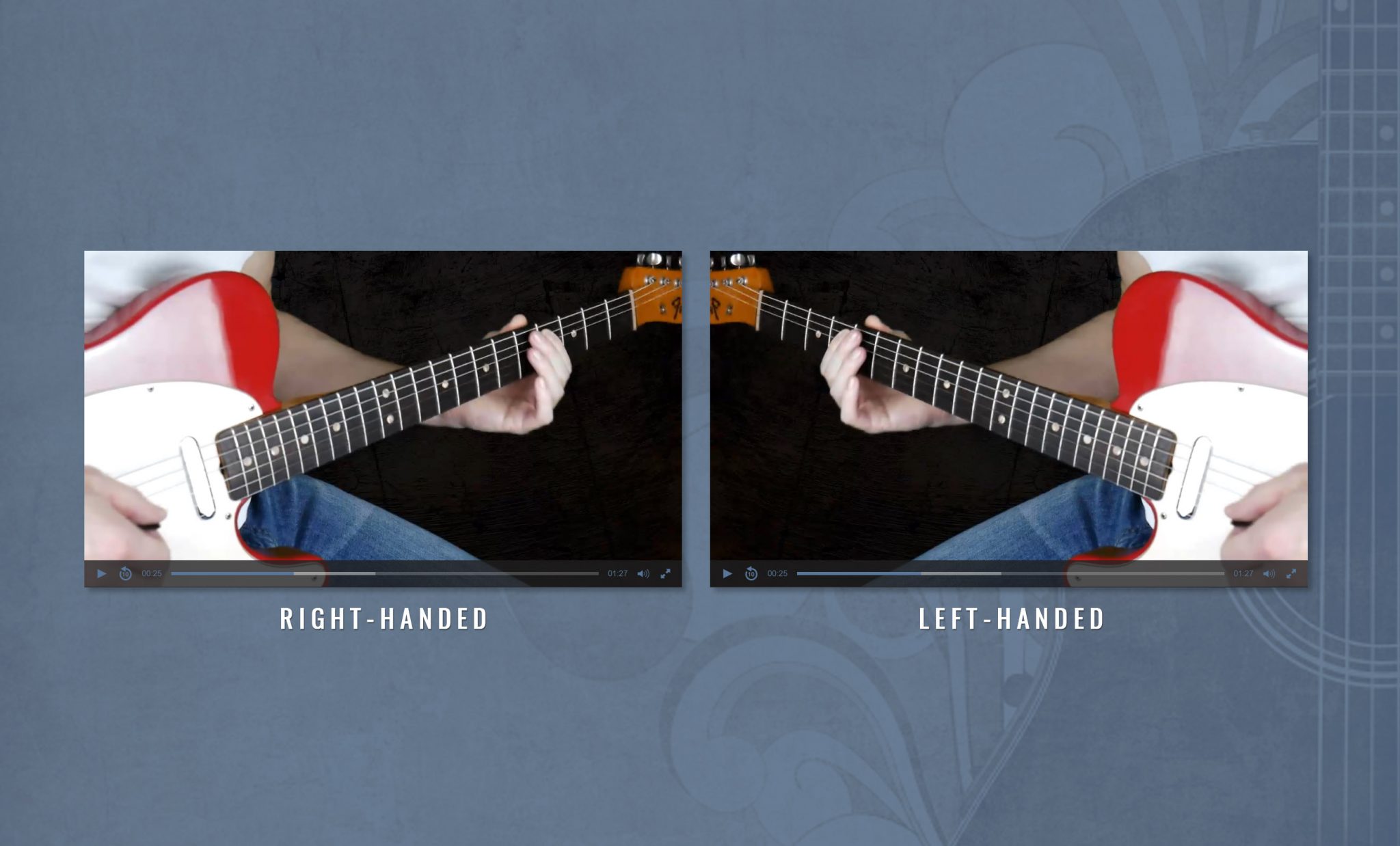 Here’s a picture of it… Okay not really, but suffice it to say there aren’t many left-handed guitar lessons out there.

With 10% of the world’s population being left-handed, there are of course a good amount of guitarists who prefer to play left-handed. But let’s face it, if you’re left-handed it’s not always easy learning from videos that don’t match your hand orientation.

Here at Infinite Guitar, we decided to do something about this. We’ve implemented a new feature that flips all our videos and thumbnails horizontally so left-handed guitarists can learn in the way that’s most comfortable for them. So as of today, all our lessons are both right-handed and left-handed.

Want to try it out? First, log in, then go to Settings… Once you select “Left-Handed”, you’ll then see all videos and thumbnails throughout the site completely flipped. Pretty cool.

One thing worth noting…if the videos contain software tutorials or a heavy amount of text, you may want to temporarily change it back to the default orientation. (Unless you’re really good at reading backwards)

We know this won’t affect the majority of our members who are right-handed, but for those that are left-handed we hope this will be a welcomed change for you!