Tutorial - In the Style of AC/DC: Thunder from Down Under
Unlimited lessons, backing tracks, and more.

In the Style of AC/DC: Thunder from Down Under - Rhythm

In the Style of AC/DC: Thunder from Down Under 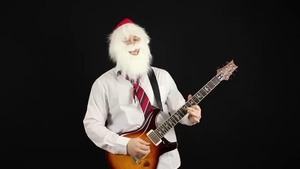 1
In the Style of AC/DC: Thunder from Down Under Richard Lundmark 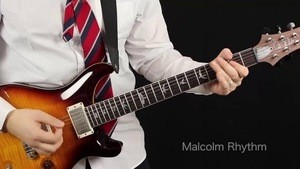 2
In the Style of AC/DC: Thunder from Down Under - Rhythm Richard Lundmark

3
In the Style of AC/DC: Thunder from Down Under - Lead Richard Lundmark

4
In the Style of AC/DC: Thunder from Down Under - Backing Richard Lundmark 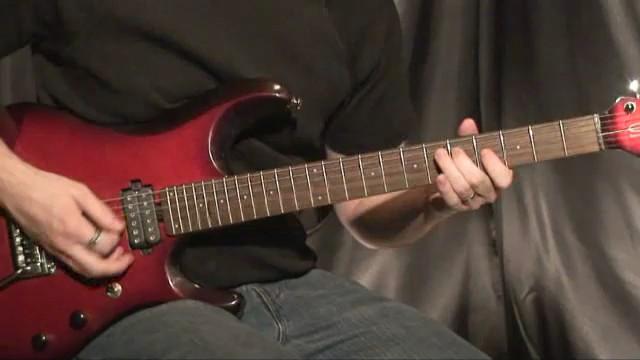 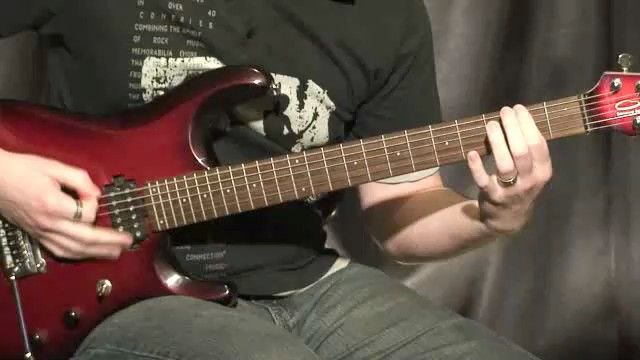 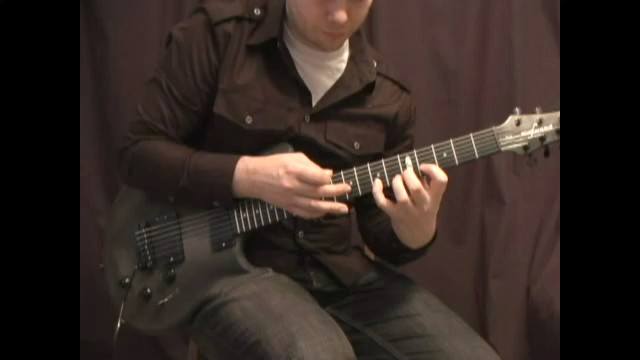 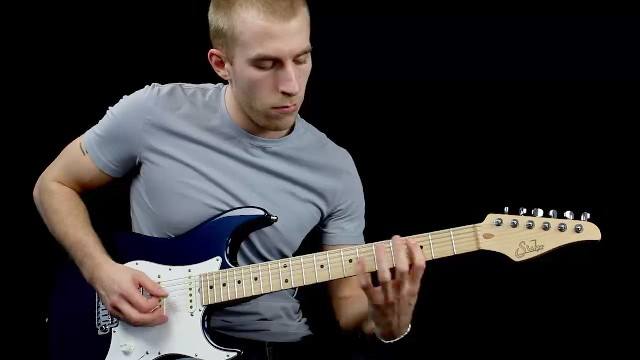 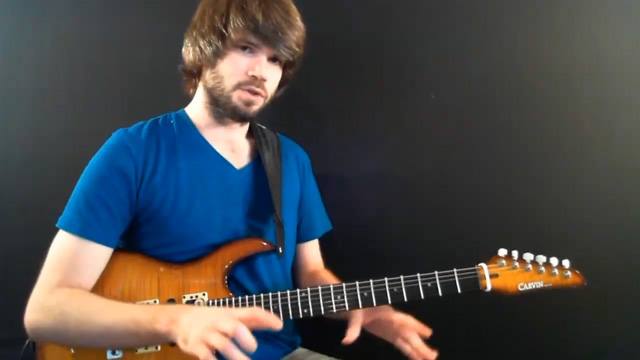 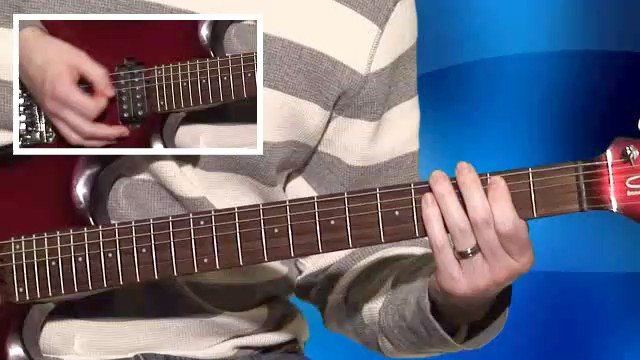 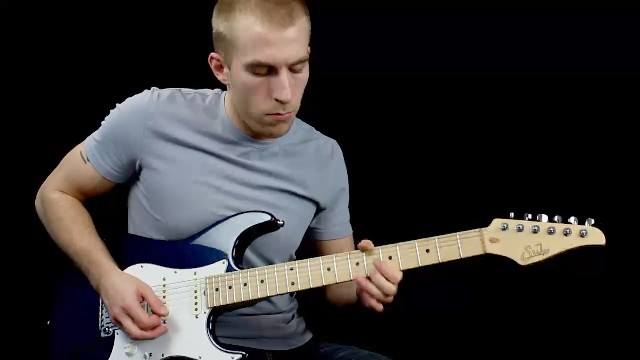 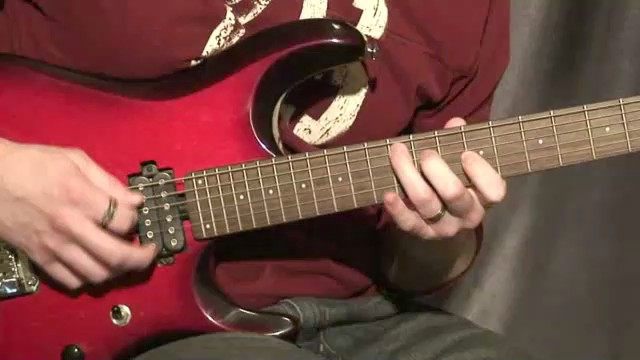 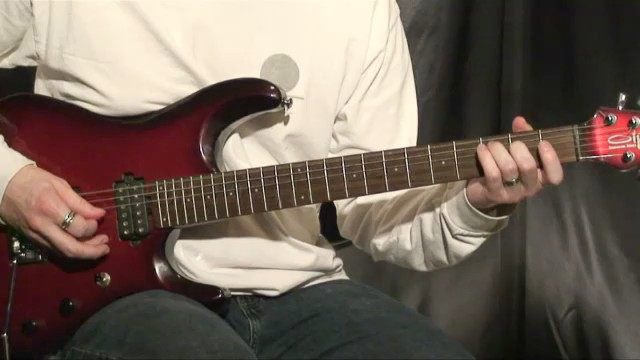 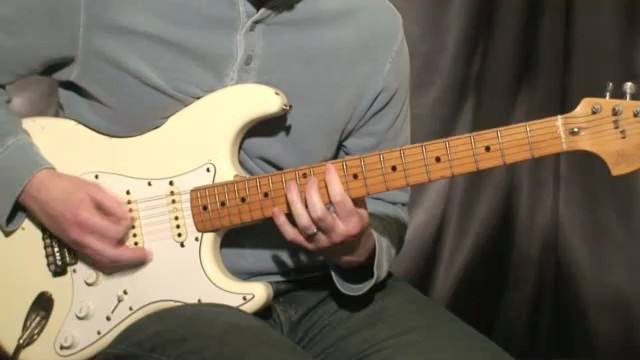 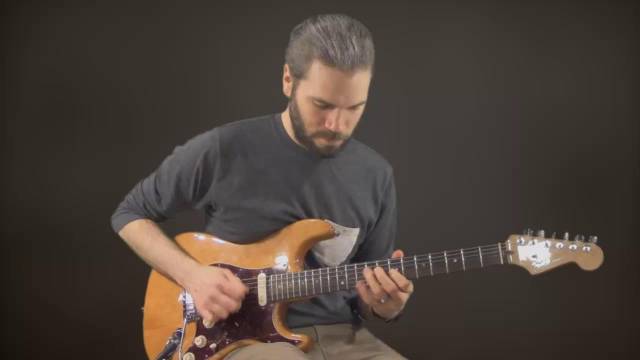 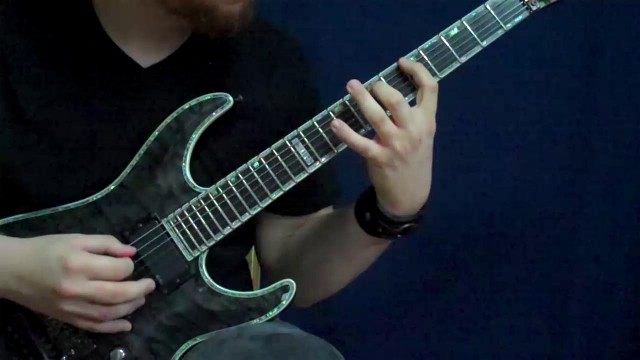 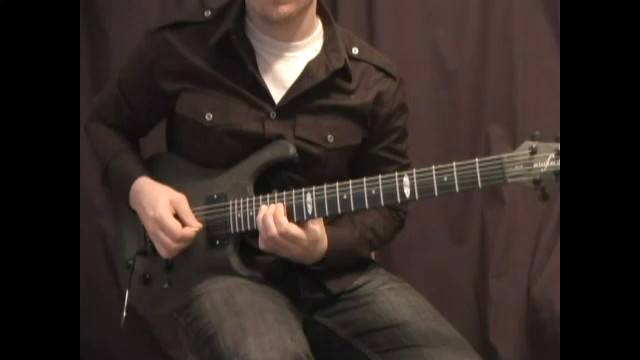 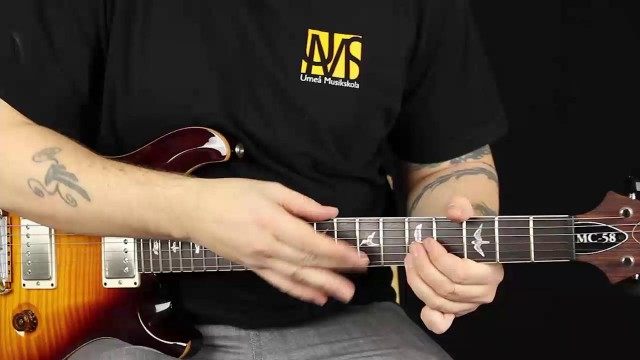 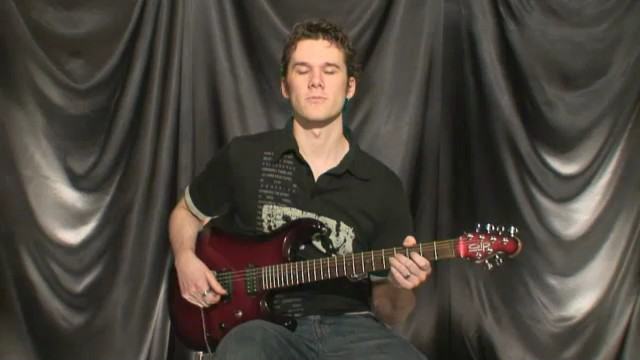 Ok, so first out is the rhythm guitars!

In AC/DC we have one of rock history's hardest working and most stable rhythm sections, I'm talking of course of Malcolm Young - Guitar, Phil Rudd - Drums and Cliff Williams - Bass.

Now this IS a guitar lesson, so we'll drop focus from drums and bass for this one, even though I've tried to scale these down to the AC/DC core of style as well, to give an authentic support to the guitar galore!

First off, we have older brother Malcolm Young! He IS the heart and soul of the band, and without his rock solid rhythm guitar riffing, we would never have seen the younger bush-crazy Malcolm have free reins to roam about stage in his underwear!

Now, a key component of Malcolm's style is his punchy and "in your face" guitar tone. And here is where most people trying to play AC/DC gets it wrong! There are two main components to getting the Malcolm guitar tone down;

Now, most people cram way to much gain on, and also attacks the riffs very hard, since the music comes across as so hard! But, Malcolm's himself has stated on several occasions that he gets his steady, fat rhythm tone by a very light pick attack at very loud volumes.

No here's the trick! When you have a non-master tube amp at full volume, you get a VERY attack sensitive beast, the slightest touch will kick it into heavy overdrive. BUT, if you keep your pick attack light to moderate, you will get an extremely punchy and defined rhythm tone! Now, getting this power amp saturation going is of course all but impossible in a home studio setting. Even with a iso-box you're hard pressed to let a 100W monster rip at full volume, without serious low-end frequencies running amok through the concrete foundations of a house. A load box is an alternative though, where you can crank the amp, and take it down to bedrooms levels,  but NOT micing this signal, but rather feeding the attenuated signal through to your DAW and using a Cab impulse response.

In my case, what I've done here is to use a Marshall preamp -> Cab impulse response, and try to mimic the Malcolm sound but lowering the gain of the preamp and raising the level to just below distorting the input of the DAW, and then easing back on my pick attack. The idea is the same, but of course you can't replace the "real deal".

The riffing itself then, is the most "busy" part of the mix. As you see and hear, the Malcolm guitar is pretty much riffing with a slight palm mute all the time, keeping a continuous "groove" for Malcolm (and potential vocals) to work upon. At certain points of the riff, the brothers "meet up on common ground" though, and then the mix really fattens up for sure!

Brother Angus Young on the other hand, has a more over driven guitar tone, stemming from the necessity of having to have a guitar tone that can be rolled back on for rhythm, but have enough gain on tap for lead when crammed into. Now this kind of setup without boosts, or solo pedals or anything, is what the boys in AC/DC were all about in the early years, making do with what was about. These days of course they have any number of amps available, and even sound techs that can switch between whatever amps they want to use at any given time, but let's keep it old-school for this tutorial!

The Angus rhythm part is less busy, and complements Malcolm's by playing with and against it, gaining up and attacking harder, where Malcolm palm mutes and eases back.

Now, as important as the guitar tones themselves is the old-school way in which the AC/DC albums are mixed. Throughout almost all of their albums, Malcolm and Angus have almost always been hard panned left and right in the mix, given a very "raw" and "naked" sound. And even more importantly, REALLY great separation to the guitar tracks. This is a key component in their style, since they often play different rhythm parts, which if mixed together in the middle, would "smear" in the mix and not work too well at all. With this mix approach however, you can have vastly different rhythm tracks playing off each other in left and right panning. I've mixed the Malcolm rhythm track to the left, with two tracks, one hard panned and one around 70% panned, like they did it back in the day to fatten out the middle" without muddying up the separation. If you have that option, try panning left and right on the full video in part one to hear the parts "pop out" at you. This is also the way to transcribe AC/DC stuff!

So with the essentials of the rhythm nailed, let's head on to what Angus is most famous for, the middle ground of the mix, where he lays downs some killer Aussie leads!