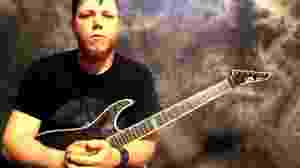 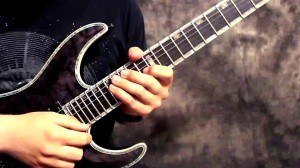 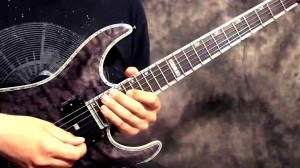 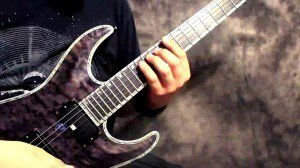 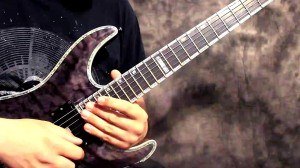 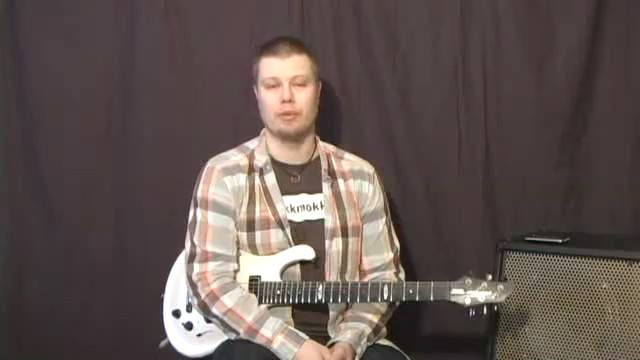 Fill it in! - Part 1 Richard Lundmark 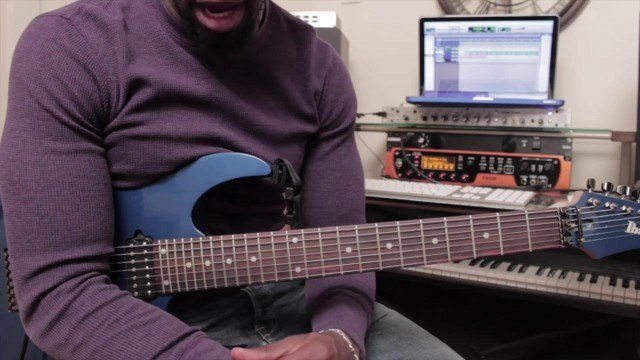 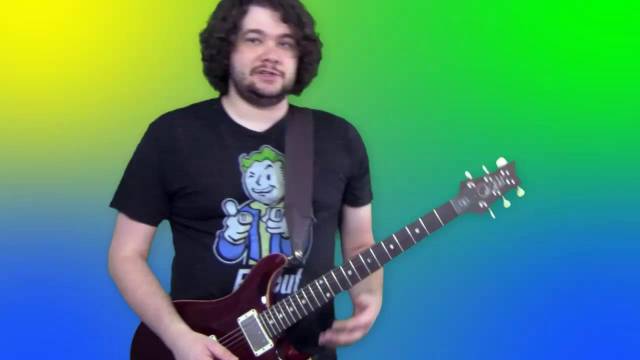 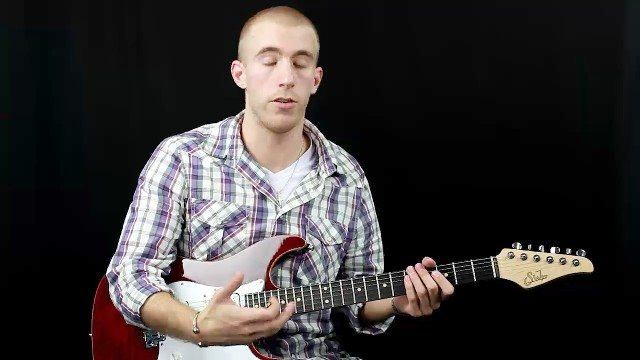 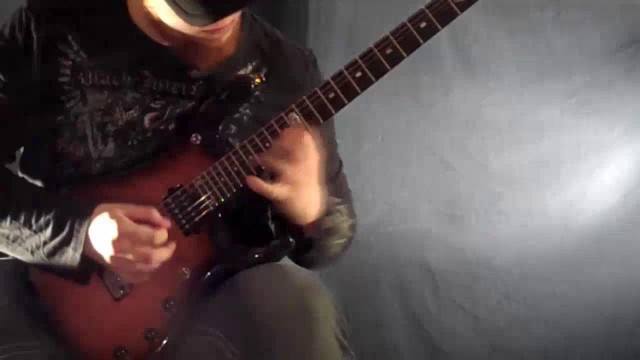 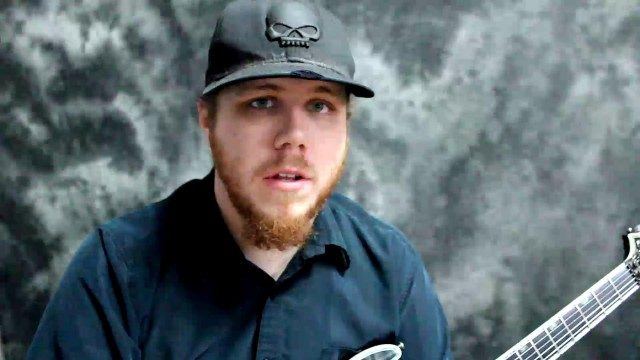 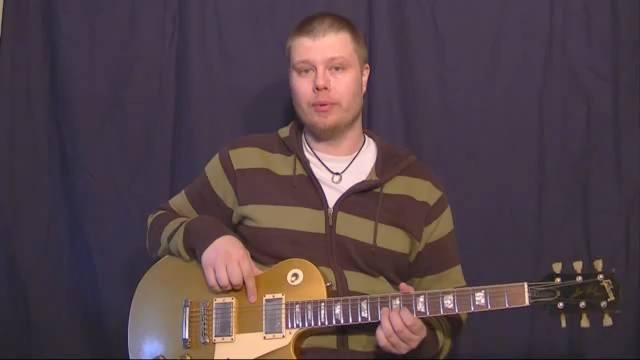 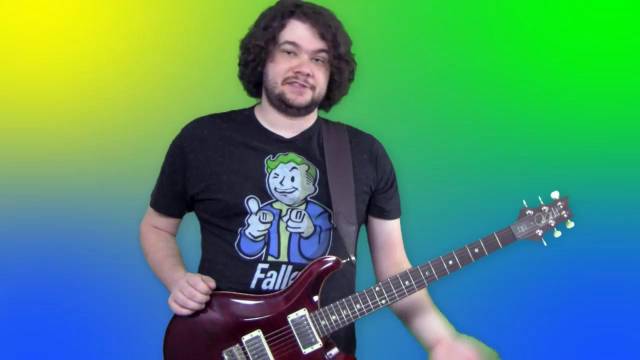 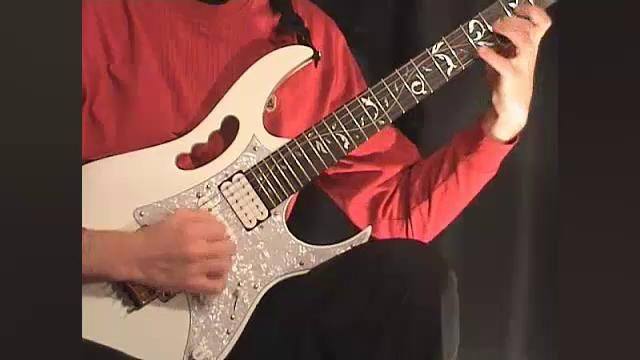 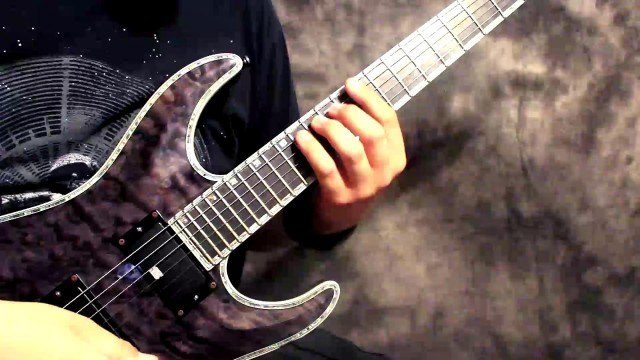 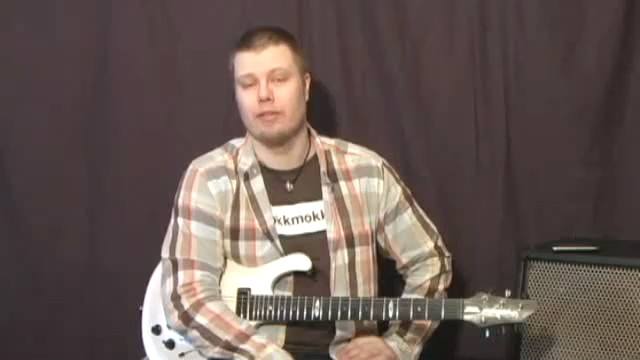 Fill it in! - Part 2.a Richard Lundmark 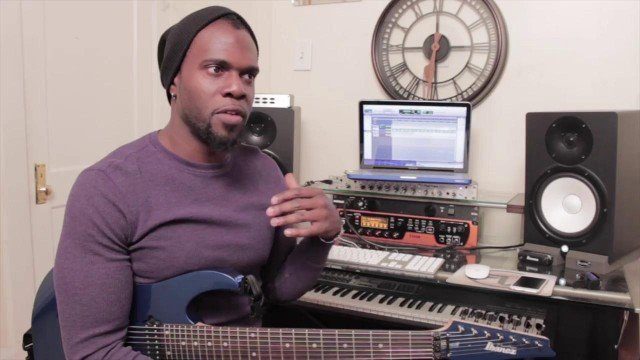 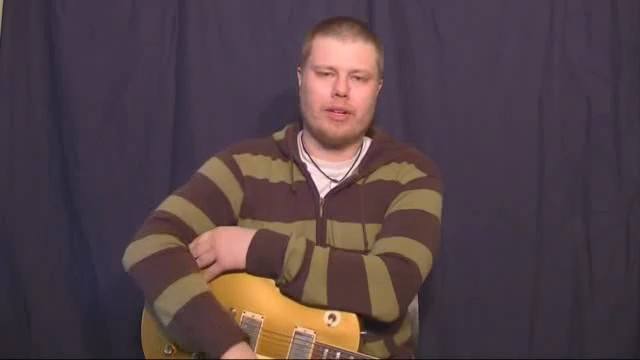 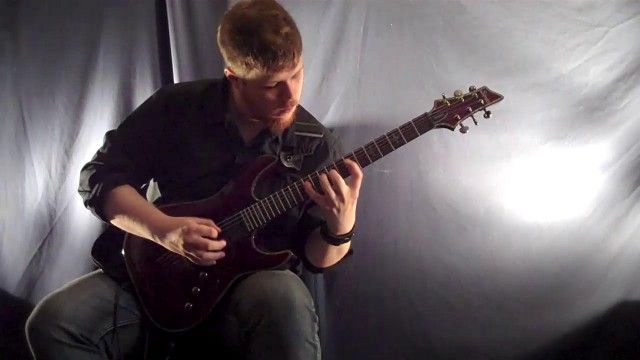 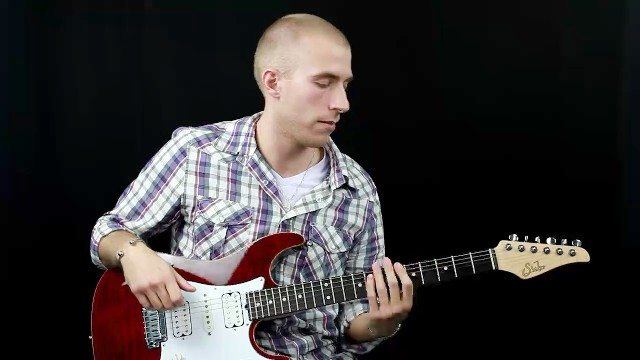 The next bar contains two repetitions of a six-string E minor arpeggio. The thing to focus on before getting too deep into this one, however, is how we transition into it. From the A minor, the final note was on the 15th fret of the A string - from there, we transition directly into the first note of the E minor, very simply, an E on the 12th of the low E string. Both of those notes are up-picked. Since the first note of the E minor arpeggio is up-picked, the rest of the arpeggio is now set up for all down-strokes starting with the G on the low E, through to the A string, etc.

Much like the first arpeggio, there is a minor modification in the lower segment of the arp - we transition from the 12th fret of the B string directly to the 15th fret of the G string.

And again, much like the previous arpeggio, separate the down-sweep separately from the up-sweep. Glue them together when they both feel natural.

The following measure contains the exact same arpeggio except in D position. Make sure the transition from Em to Dm is solidified before moving forward.